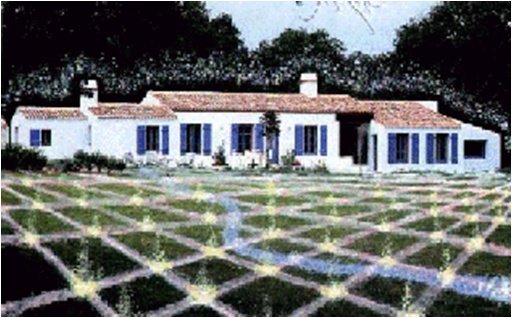 They are present on Earth naturally and are the result of geophysical alterations, terrestrial energy lines or groundwater currents.
Natural Radiation can be of 3 types

Groundwater
The currents of water that circulate through underground galleries generate an electromagnetic field due to the friction of the hydrogen molecules in motion. This friction releases ions that can alter the function of the pineal gland, which is the active hormone responsible for cell regeneration.

Geological faults
The continuous movement of the earth's crust produces alterations such as faults, fissures and cracks. In the vertical of these phenomena emanate a set of energies, gamma radiations and even radioactive gases, with ionizing effects in the atmosphere of the surface and with variations in the magnetic field of our environment.

Hartmann lines
It is a natural geomagnetic network formed by a mesh of lines of force oriented north-south with cells of 2 by 2.5 meters. They were discovered by the German doctor Ernst Hartmann, fruit of the study of the relationship between disease and telluric radiation.
A prolonged exposure in a Hartmann line and its crosses is related to alterations in the immune, endocrine and hormonal systems. If the presence of a Hartmann crossing coincides, in addition, with some other geophysical alteration such as faults or currents of groundwater, the geopathic effect of the area in question is multiplied.

Curry lines
It is a natural geomagnetic network that has some lines of force oriented northeast / southeast and southeast / northwest, approximately every 6 or 8 meters. They were analyzed by the American scientist Manfred Curry and they are attributed a character even more harmful to health than the Hartmann lines.

Radon gas is a radioactive gas that forms in the earth's crust and escapes into the atmosphere, responsible for 52% of the natural radioactivity to which humans are exposed. This gas, very present in granitic soils, is a highly carcinogenic substance, according to the World Health Organization.

The first step we must take is to detect the radiation . This analysis is performed by Dowsing, or personal sensitivity to radiation.
Once located, the main action is to modify the distribution of furniture to ensure that the places where we spend more time (bed, desk, sofa, ...) are not in the vertical of these geopathologies.
© 2023 GEA Association of Geobiological Studies | All rights reserved
Telephone - Fax +34 964 474 650 - PO Box 133, 12580 BENICARLÓ
secretariagea@geobiologia.org
Website developed by Bú-Ho
We use our own, and third party cookies to improve our services, according to your navigation habits. By continuing to browse this site you are agreeing to our use of cookies You can change the configuration or get more information here.
I agree